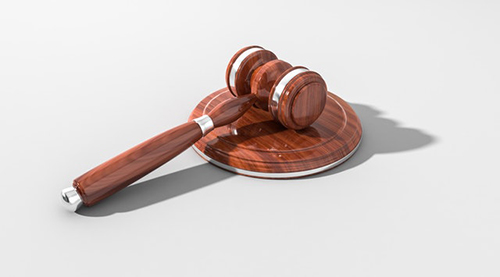 It is so easy to judge other people – friends, family, enemies – based on something they said or did, or on something we observe and don’t like about them. In fact, judging seems to be THE default setting for most of us humans around the world. Especially now with 24-hour news that feeds on sensationalism as much as story, with reality shows thrive more on conflict than content, and with worldwide media that seeks out everyone’s everyday opinion on every topic  – no matter how uninformed or judgmental that opinion is – in order to tease, excite and enhance viewership.

And, for most of us, the opinions and judgments we make about others are often so ingrained that we don’t even see them. We grow up being told to believe certain things about certain ages, genders, colors, lifestyles, races and religions of people. We link particular strengths or weaknesses to them and assume that they are better or worse simply because of how they look or act, what they believe, where they live, how they dress, what religion they practice or what language they speak. And we see this practiced in everyday life. For instance, some say: “If a person is homeless, he or she is lazy or asked for it, right?” “An alcoholic could stop if they wanted to, couldn’t they?” “A group of young black men driving an expensive car and listening to rap must be in a gang, yes?” “If a married friend is having dinner with an attractive stranger, they must be having an affair, true?” And so on and so on. You get the idea.

While most of our everyday actions based on these judgments might seem small or inconsequential, they can cumulatively build up to spark an inferno of opinion and action that burns huge and inhumane. How many Jewish men, women and children were executed in Hitler’s camps because of the judgment and intolerance that incubated his hate? How many black Americans have been beaten, broken and murdered, from slavery on, simply due to the color of their skin? How many Hutu members killed how many Tutsi rivals, and vice versa, during the Rwandan genocide? How many homeless people are continually ignored, repelled and ostracized due to judgments made about them and their condition? How many hate crimes are being committed around the world today, within countries and between groups and cultures, because one opposes or hates another and deems them inferior, unjust, unworthy, in the way or just plain wrong?

There are ways to stop that kind of judgment, but it must start from within. One way I learned, in massage school years ago, is through a very simple tool called “I Observe, I Imagine.” As a therapist, we needed to recognize where observation (fact) ended and where imagination (fiction) began so that we could keep from creating personal judgments during a session. For instance, if I saw my client shed a tear, I would not automatically assume that I had hurt them. Instead, I would check in with something like, “I observe a tear on your cheek and I imagine that I hurt you.”

They might reply that I had pushed too hard on a sore spot and it hurt, OR (as some actual cases later proved) they might say that the tear was from a happy memory, or from feeling deeply relaxed or even from something inside that they could not explain. If I had not asked, I would not have known THEIR truth. I would have created MY truth based on my personal  judgments, beliefs, opinions and imaginations.

This unique tool also made us aware of how easily we would use value judgment words when creating these imaginings. We paired up in class and were asked to imagine things based on observations about our partner. I came up with: “dangled” braid, “earthy” shoes, “hippie chick” lifestyle, “drifter” boyfriend, “threadbare” dress and “fake” ring. Not only was I wrong on all but one of my imaginations about this partner, but every word I used to describe them carried value-added weight. I should have just stopped at braid, shoes, dress, and ring. How true is that for things we observe in each other today? What if we just stopped at: “I observe she’s using a lot of coupons in that line.” “I see he wants to merge in front of me.” “I notice she has several tattoos.” Or, “I observe my neighbors haven’t weeded in a while.” Anything beyond that, the “why’s”of these observations, are our own imaginations. Sometimes they’re right. But sometimes, much of the time, they are completely wrong.

My upcoming novel, The Vessels, involves a cast of characters, most of whom are thrown onto either side of that judgment aisle. Some are forced to face their own biases while others are victimized by the bigotry of others and then compelled to overcome. One main character, Tal, is an African-American cop from Pittsburgh. In her first journey as a Vessel, she hosts the Spirit of a white woman from rural Mississippi who committed suicide and has returned to seek forgiveness from her family. The Spirit’s choice to return in the body of a black woman is quite deliberate, as Tal finds out, and it places her and the woman’s racist husband into a face off on either side of this monstrous divide. You can imagine the conflict as Tal tries to talk him into believing, accepting and ultimately embracing why she is there. Writing this book was not only a big lesson in humility for me, but also a great motivator to pull out and  resharpen this old tool.

Going back to the list above, what if we said something about each other more like: “I observe a homeless man and I imagine that he isn’t trying hard enough to get work.” Or, “I observe an alcoholic (or a smoker) and I imagine that they don’t want to quit.” Or, “I observe a young black man driving an expensive car and playing rap music and I imagine that he’s a in a gang.” And then check in with them, or learn more about them, to see how correct or incorrect we are.  Stopping ourselves at “I observe” can stop the judgments of “I imagine.” Stopping those judgments can prevent bias. And preventing that kind of knee-jerk or blind bias can create more room for much-needed compassion, understanding, acceptance, equality and peace in the world. What an amazing new default setting THAT would be.

3 Comments on “I Observe, I Imagine – A Cool Tool for Hot Times”

This site uses Akismet to reduce spam. Learn how your comment data is processed.